Ross Macfadyen has produced radio programming for the past 10 years. Purely music shows are great, but he has always excelled in interviewing and live sessions. 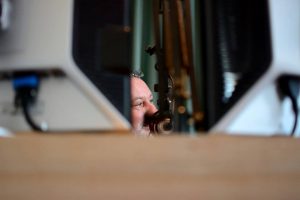 From 2011 until 2018, he was Music and Programming Director for Celtic Music Radio 95FM.

As a voluntary position, this role included a doing a little bit of everything there is to do at a community radio station. Central to the role was curating a music database of over 20,000 tracks and formulating playlists using Broadcast Radio’s Myriad Playout system. New presenters were chosen either for their current knowledge of such a specialist genre, or the ability to adapt their own style to suit the station image.

Ross was also executive producer for the station’s output from Celtic Connections and was instrumental in gaining coverage of other concerts and festivals, such as Perthshire Amber.

His own musical tastes are eclectic, ranging from Mozart to Motorhead and all in between. This can be heard in his show Thank Folk It’s Friday which is broadcast on Celtic Music Radio from 8 until 10pm. 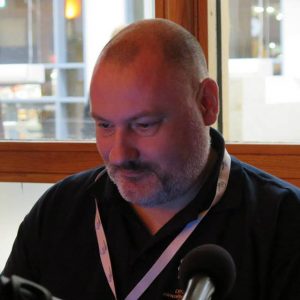 The Folk and Roll Radio Show has grown out of the philosophy to play any music, as long as it’s good. A typical quote about Ross’s shows is “You never know what you’re going to get next” (Aileen, Edinburgh).

So, from programme to programme, the sound may be different, with a little bit of Americana, Singer/Songwriter, Traditional Scottish and Irish, Country, Pop and Rock.

But rest assured, there will always be plenty of Folk n Roll!

Listen On the Wireless

The Voice of Folk & Roll